Sculpture of two businessmen playing chess at John Marshall Place. Several of the surrounding buildings were WPA projects from the late 1930s into the early 1940s.  The Newsuem replaced the Old Public Library. But the Municipal Building, the D.C. Recorder of Deeds,both by municipal architect Nathan Wyeth, survive as does the U.S. District Court Building.   All the buildings are late, blander versions of stripped classicism of the 1930s. 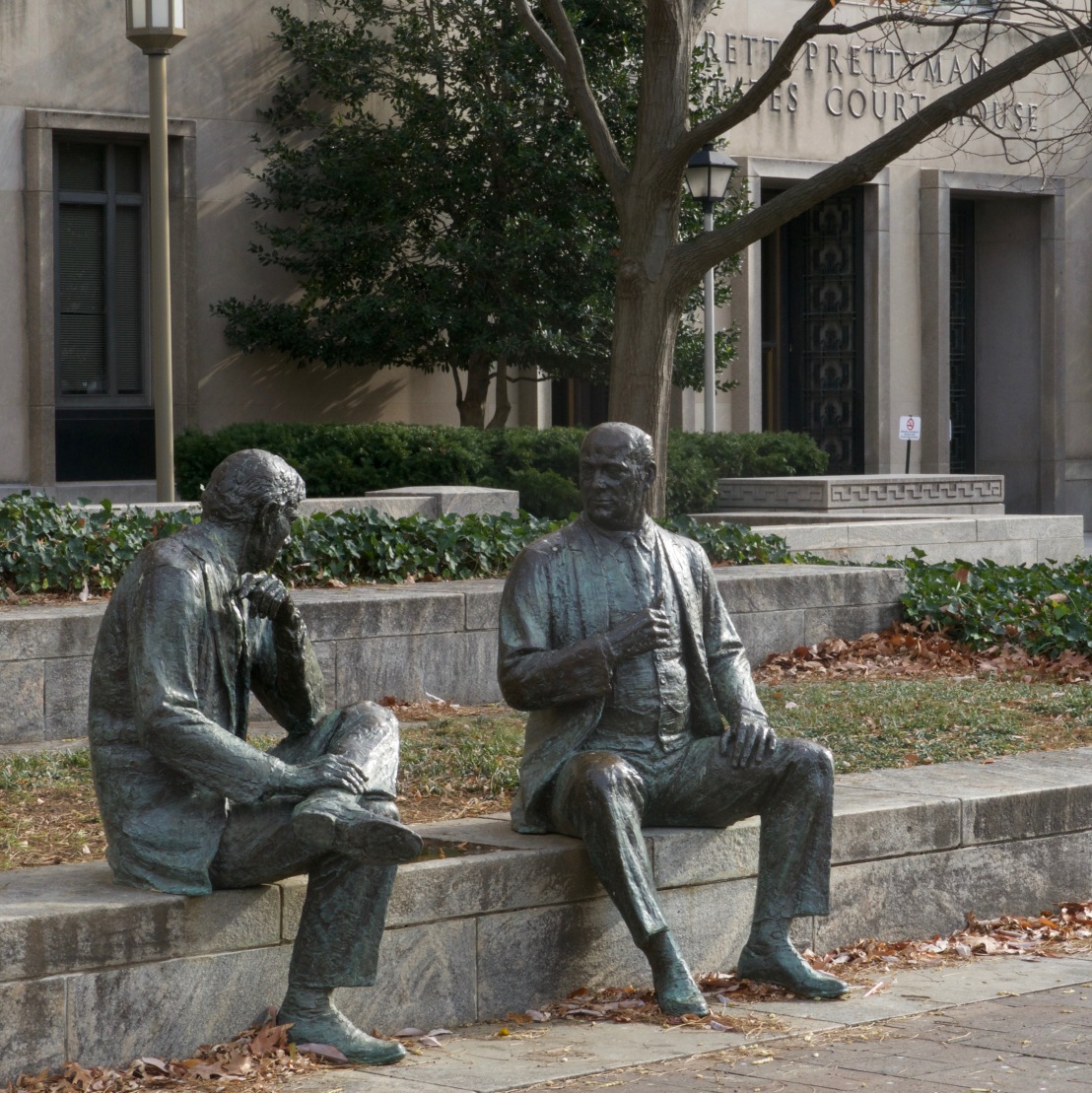 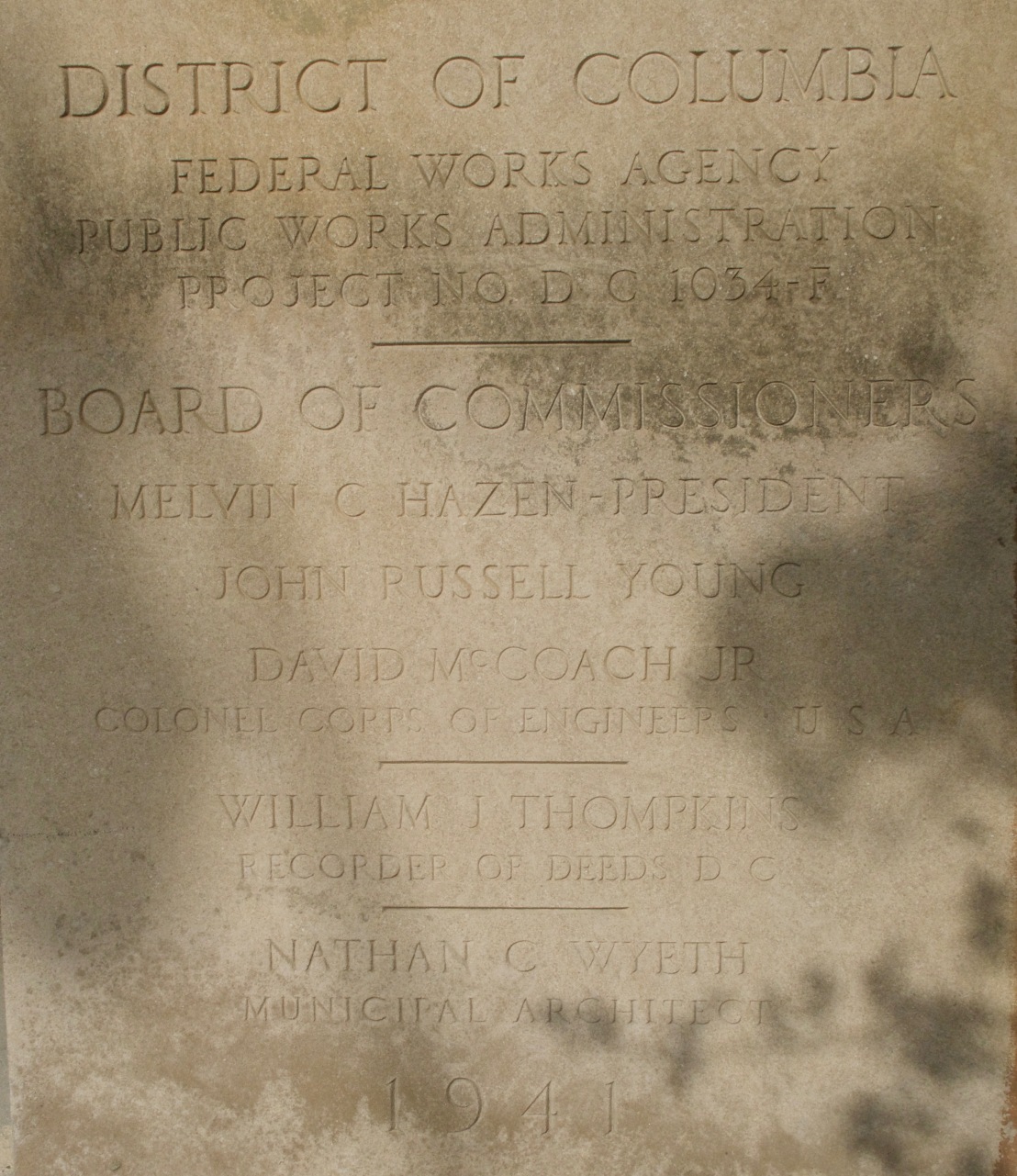 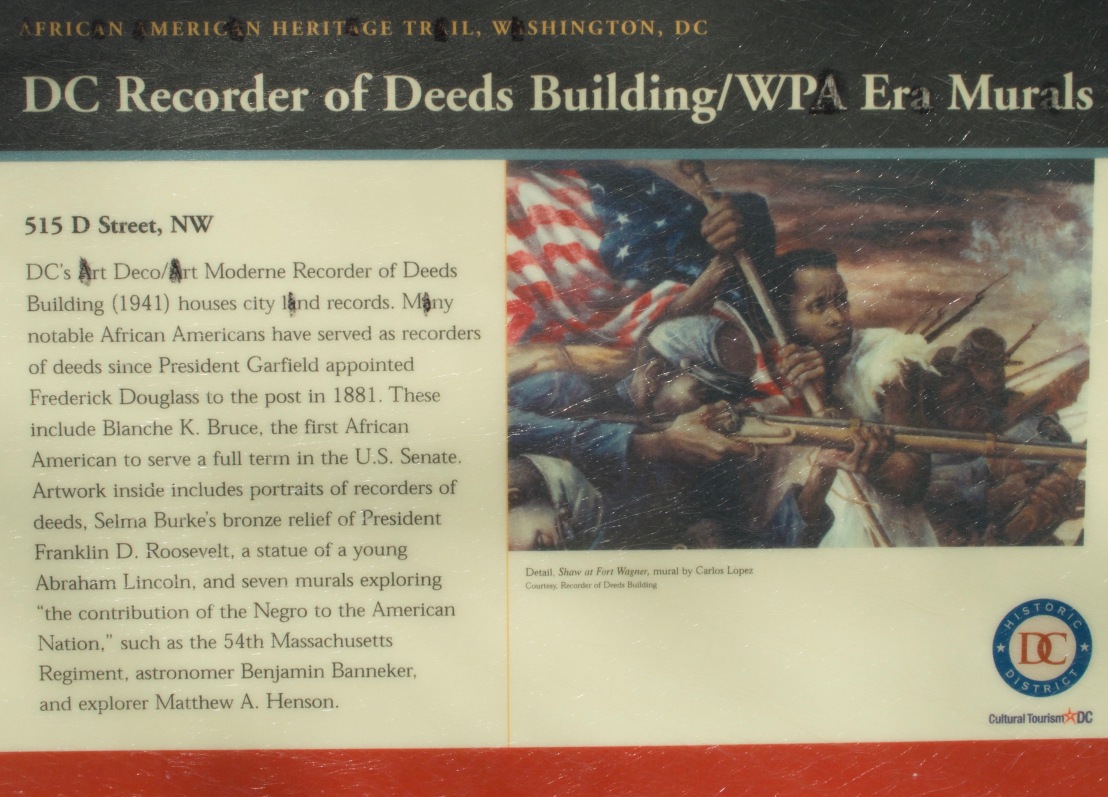 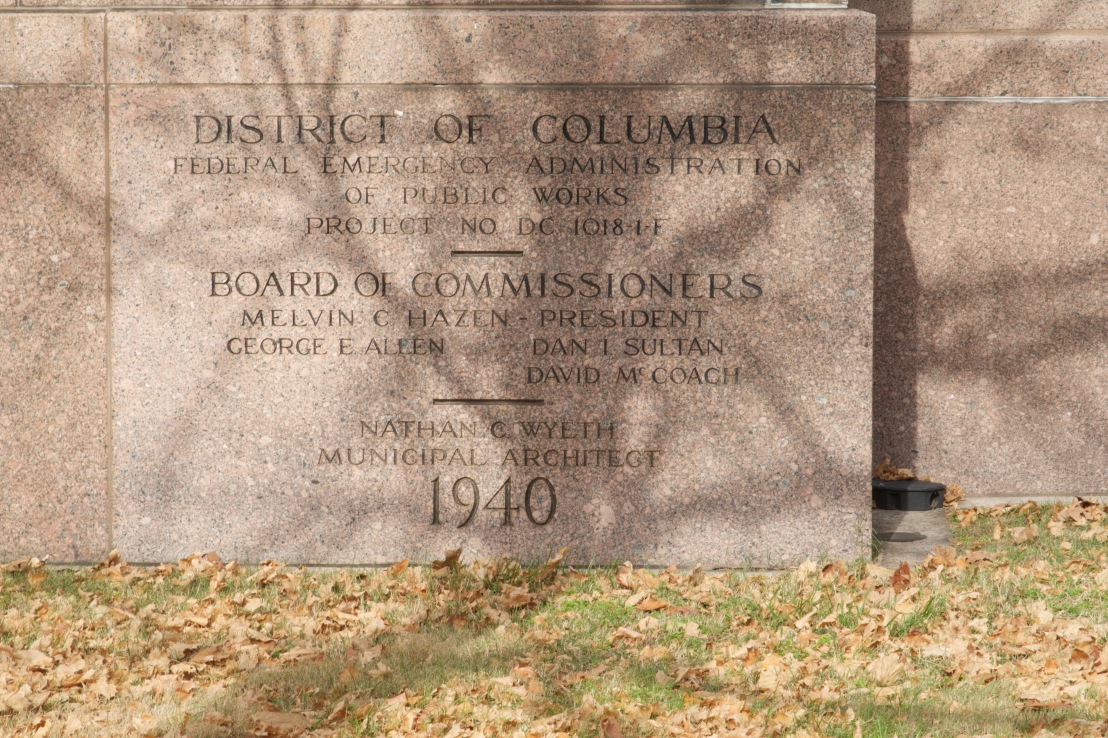 Designed by Norman Foster, this 2006 skyscraper is dramatically different than any building built at the time.  And I think it broke the mold for how skyscrapers should look.  No more or at least less regular grids of verticals and horizontals in NYC high rise.  Now, more glass, with twists as the building rises or changes in massing.

The Hearst Tower sits on a six story base (in the shadows)  built in 1928.  It has been described as Art Deco,but it is at least as much fortress like. 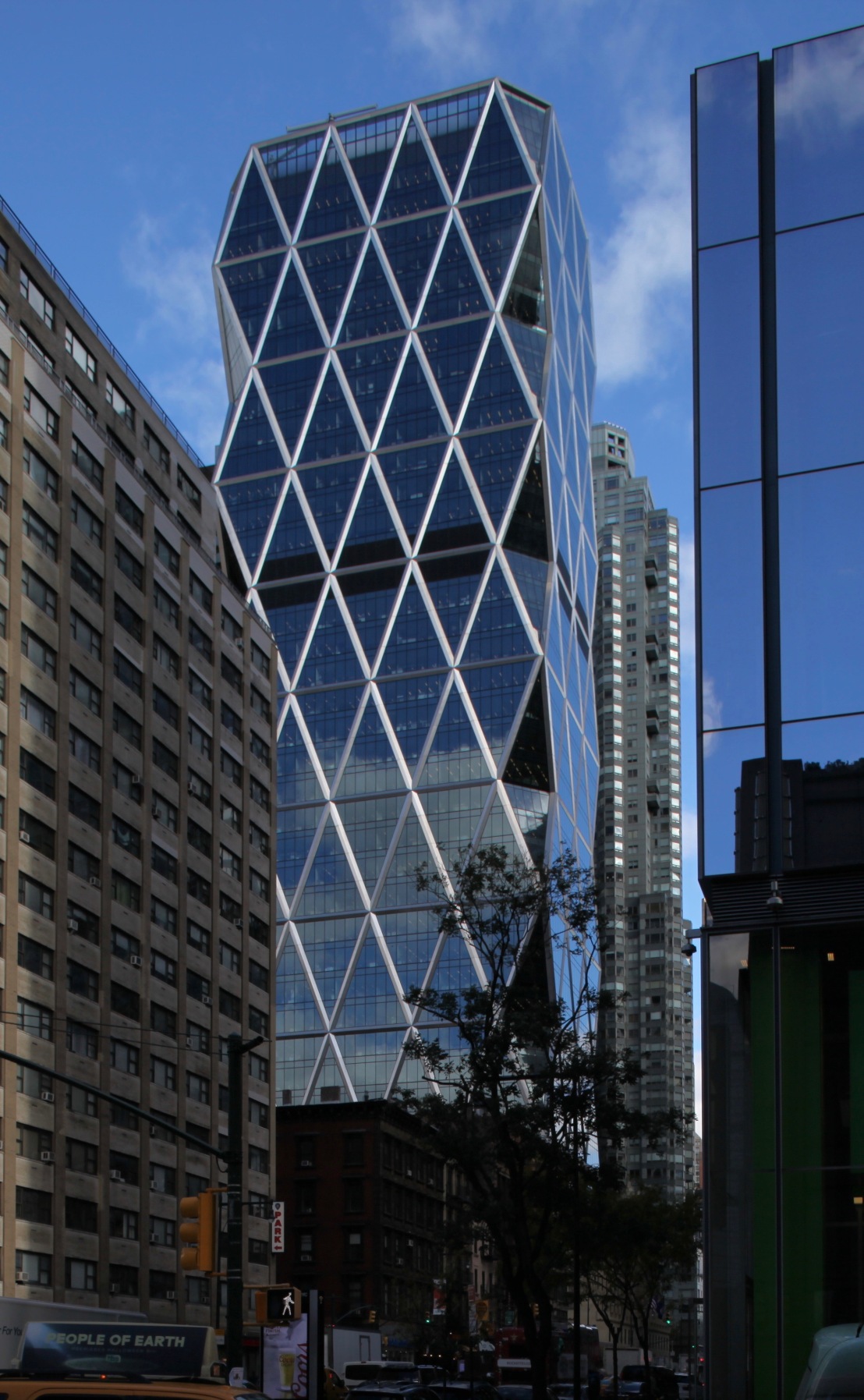 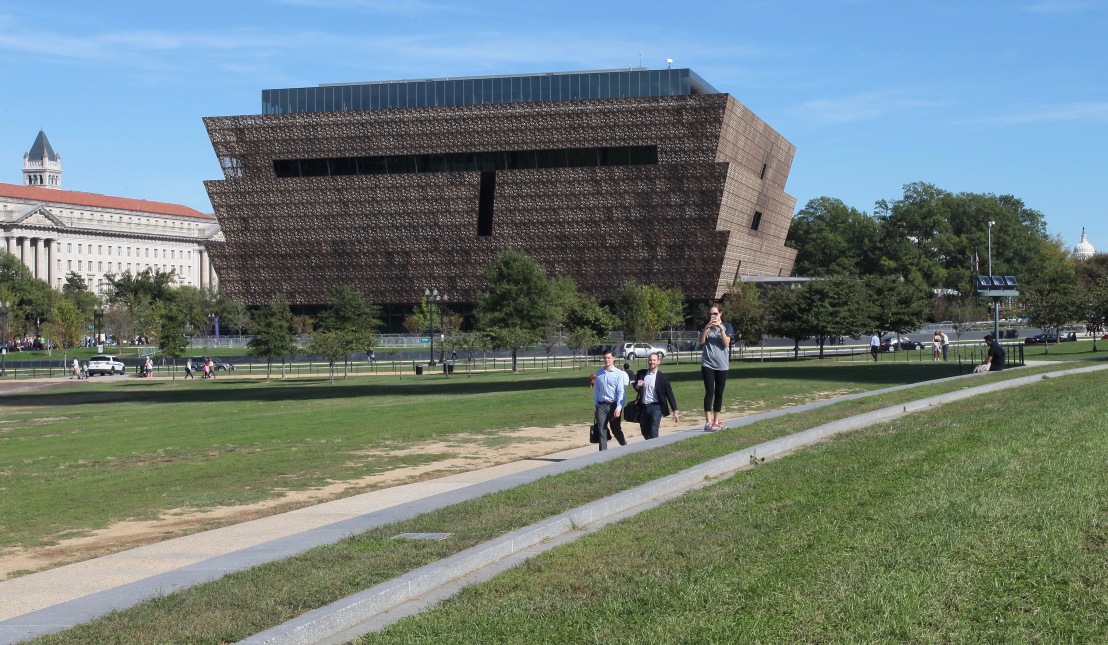 Flanked by tower of late 19th century Old Post Office,on Pennsylvania Ave, on the left and the early to mid 19th century US Capitol Building, Capitol Hill, on the right.

How the articulation of monumental architecture changes with the architectural taste at the period of design, the intended symbolism of the building, its location, and the social and political attitudes when the project was conceived.