Designed by Jules Henri de Sibour, an American architect who studied at Yale,but had a French father and was born in France.  Much of the best early 20th century buildings in downtown DC, and along Massachusetts Ave near DuPont Circle, and his country club in Chevy Chase,MD were the work of de Sibour,who died relatively young in 1938.

This photo is of the chimney cap 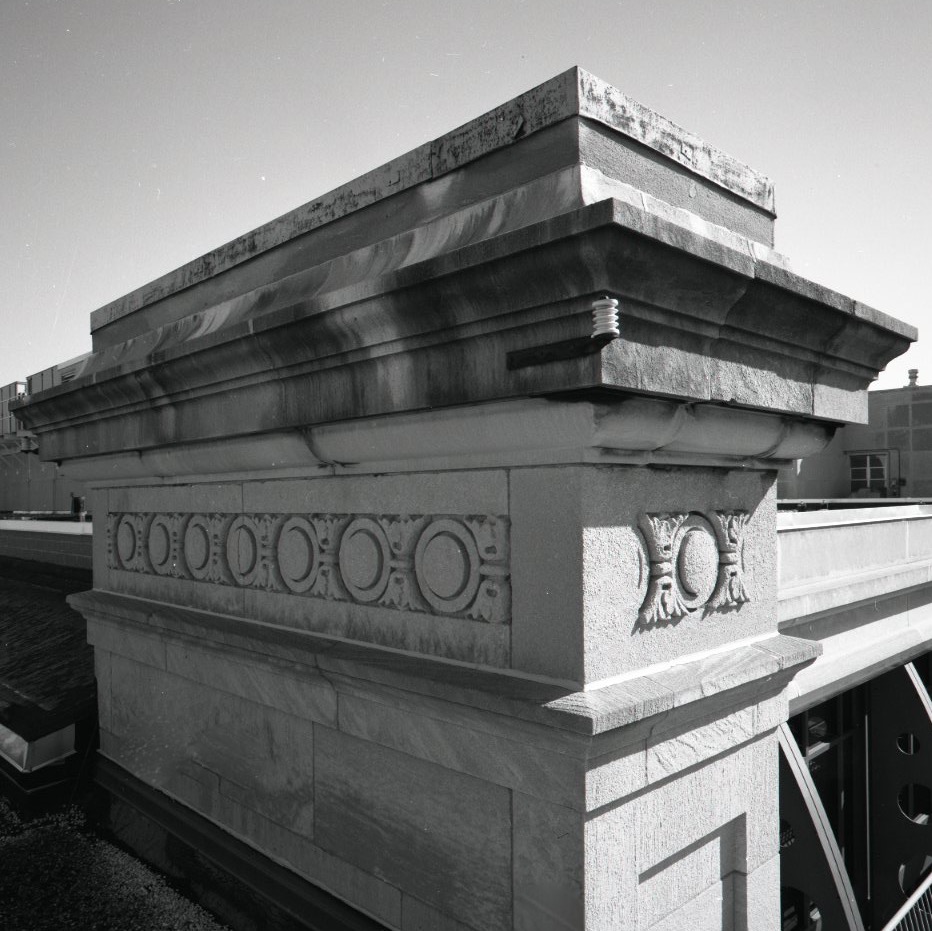 at the south end of the Mass. Ave. facade.  Almost all his buildings look like they would have been equally comfortable along any Parisian boulevard.

He was also a jock and clubman at Yale. 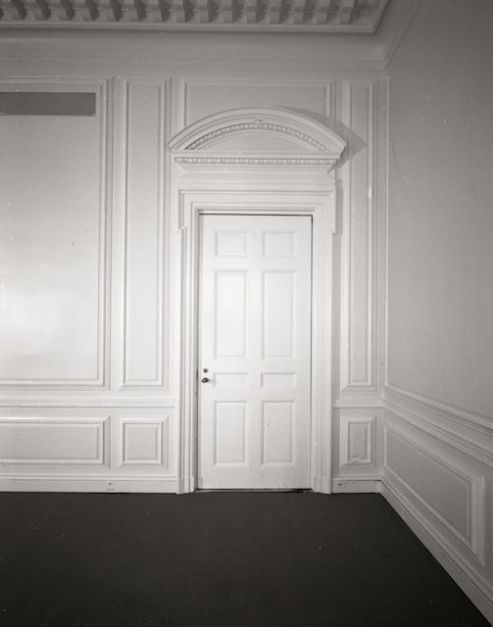 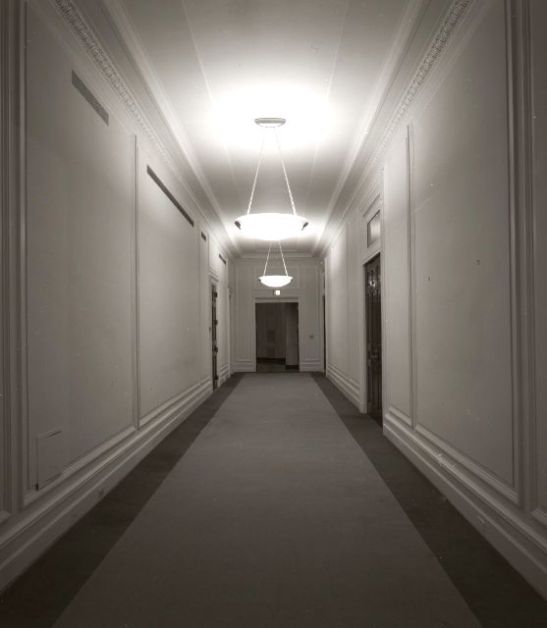 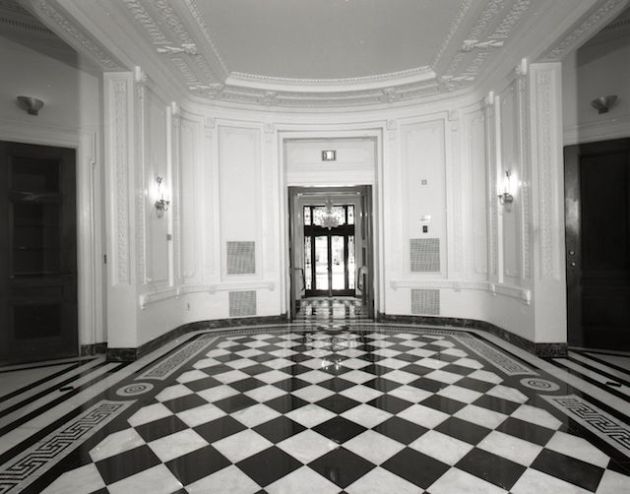 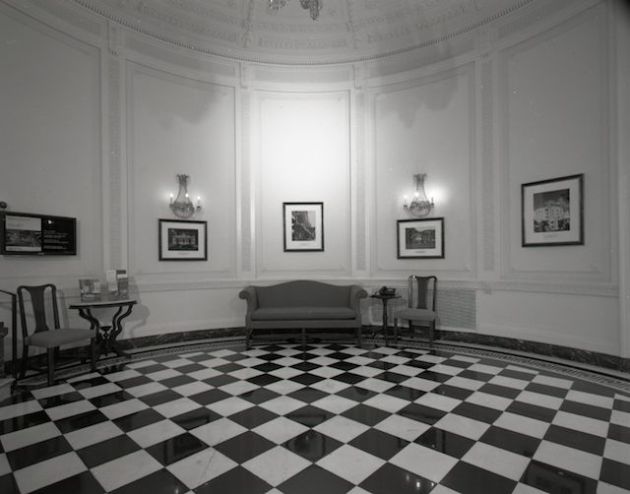 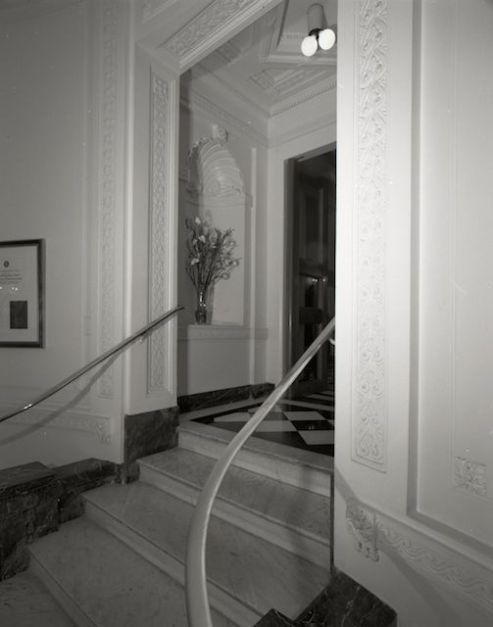 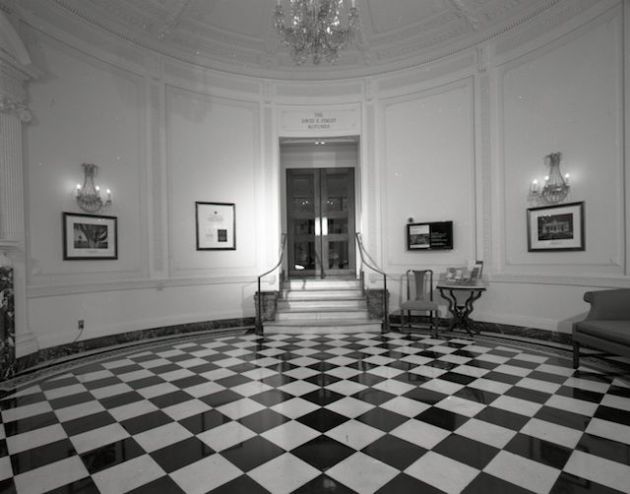 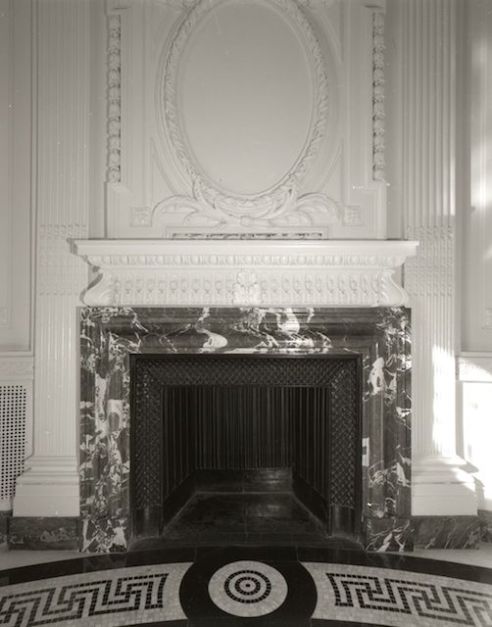 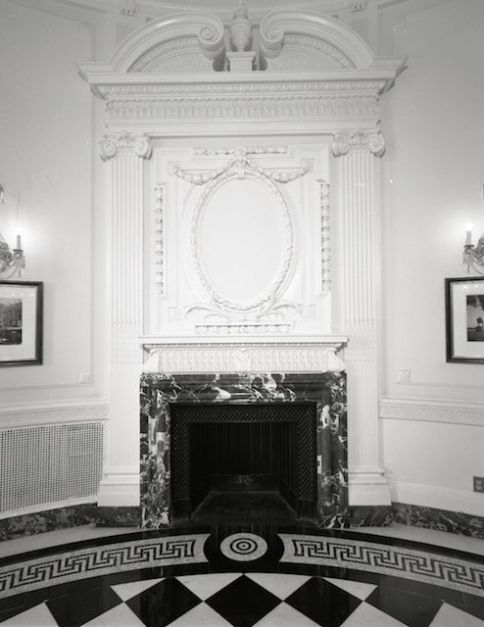 2000 Connecticut Avenue, at California St. commands a prominent location at a high point along the avenue.  Built in a yellow brick with little detail aside from the horizontal concrete panels and metal canopy and doors with chevrons, the facade has a deep courtyard on California St. and an undulating facade created by the continuous 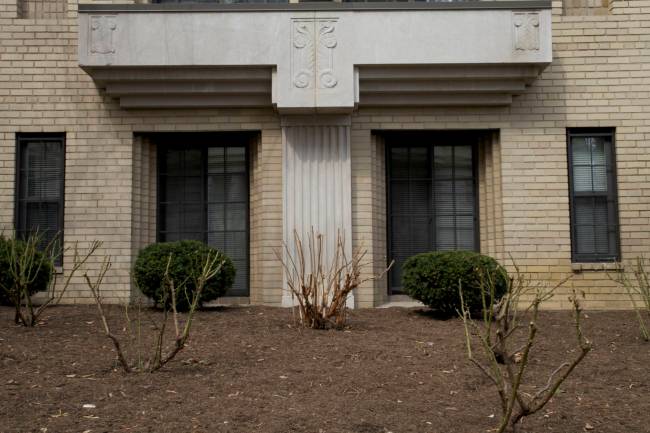 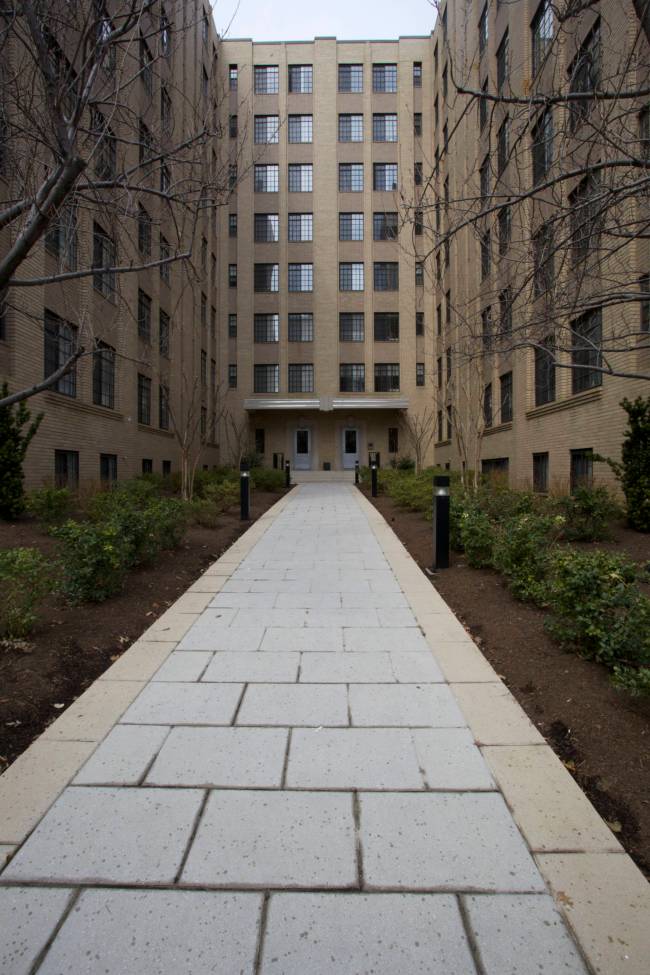 Built by Morris Cafritz or at least owned by his company, it was designed by Alvin Aubinoe and Harry Edwards, 1937. 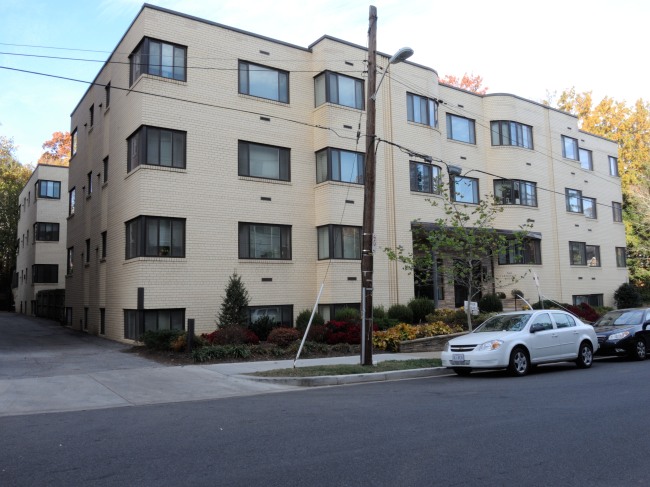 The pristine white apartments of the Bauhaus are here enlivened with cubes and curves, bands of angled brick, in yellow rather than white flat siding, and the overhang supported by pole are less regular.  And the least Bauhaus feature is the stone facing under the overhang and on the low walls.  It is my assumption that the stone facing is original. 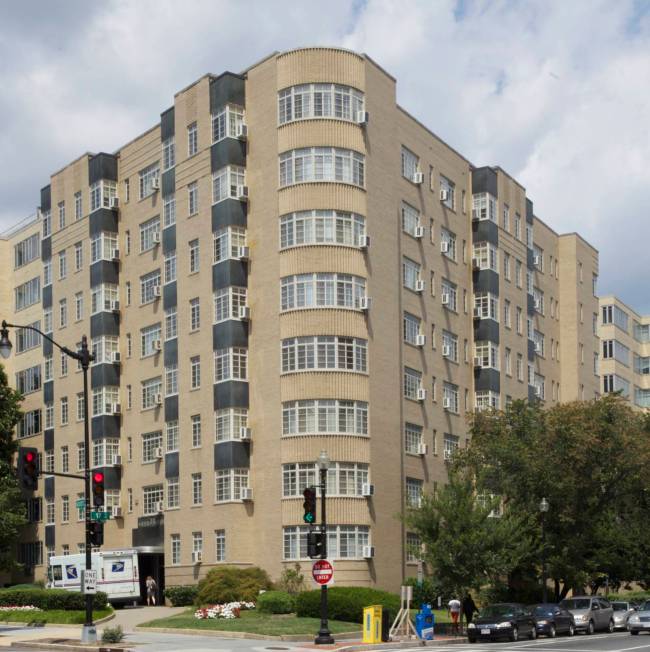 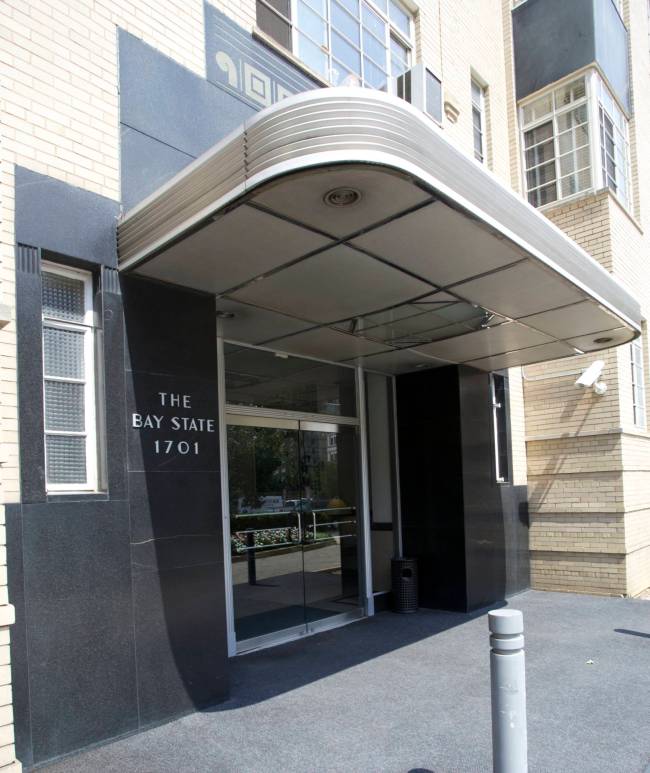 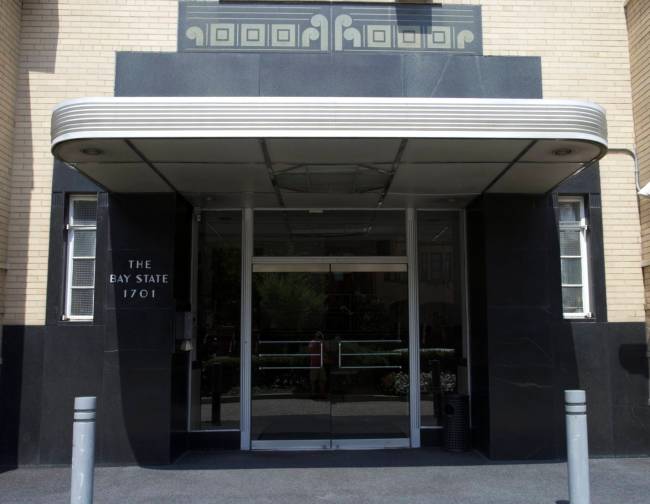 The Kennedy-Warren Apartment Building  adjacent to the National Zoo, on Connecticut Ave., is Washington,D.C.’s equivalent of the Chrysler Building.

Roughly U-shaped, the oldest wings, at the left, were built at the beginning of the Great Depression and nearly 75 years later, the building was completed by the addition of the southern wing, at right. 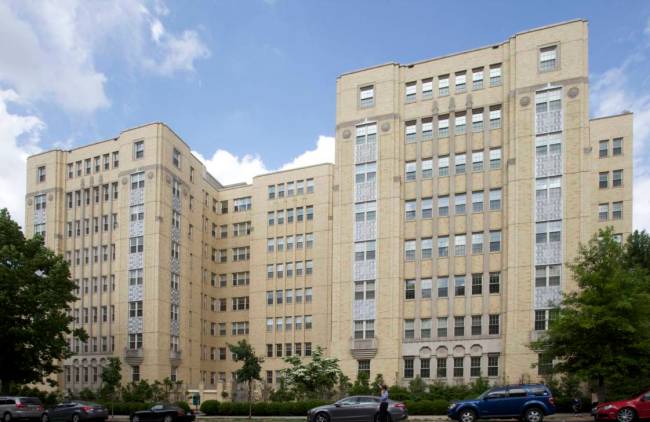 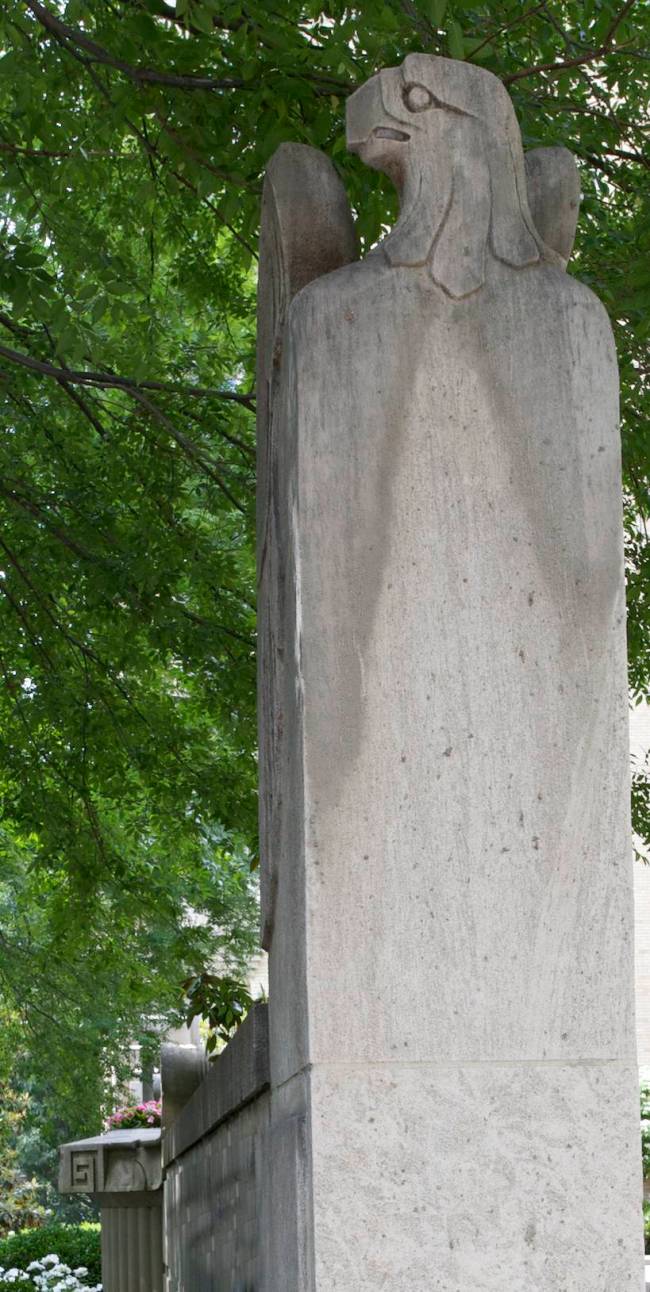 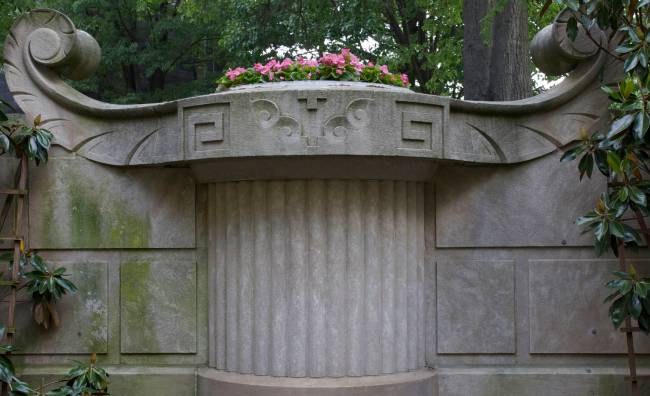 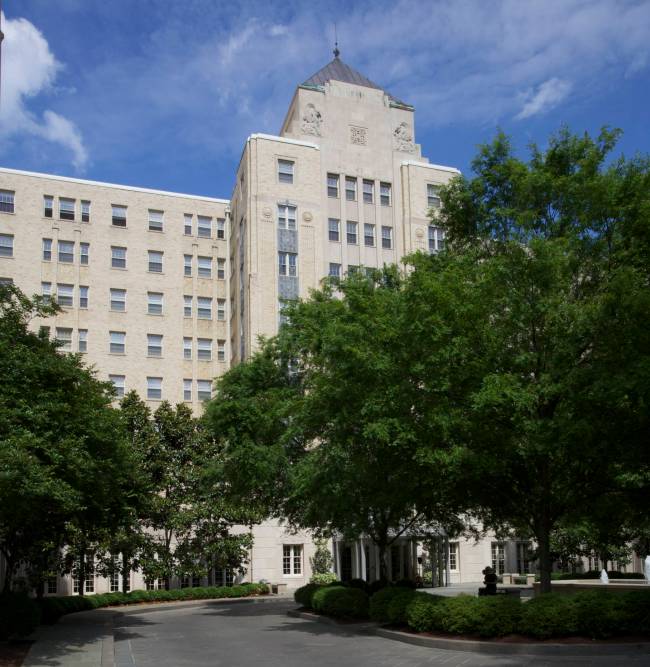 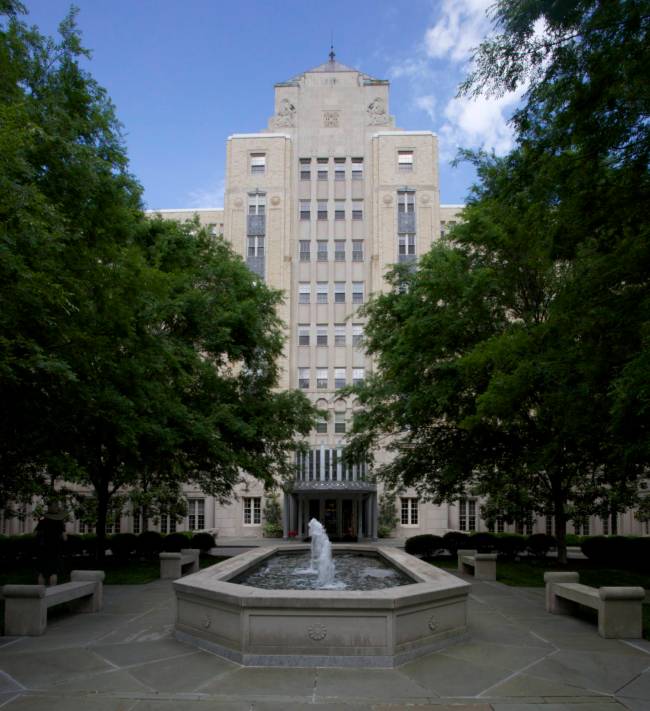 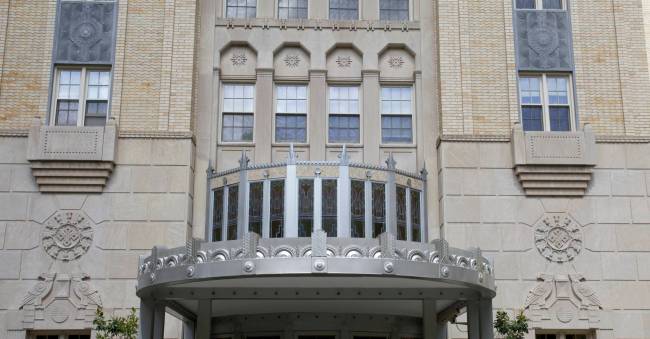 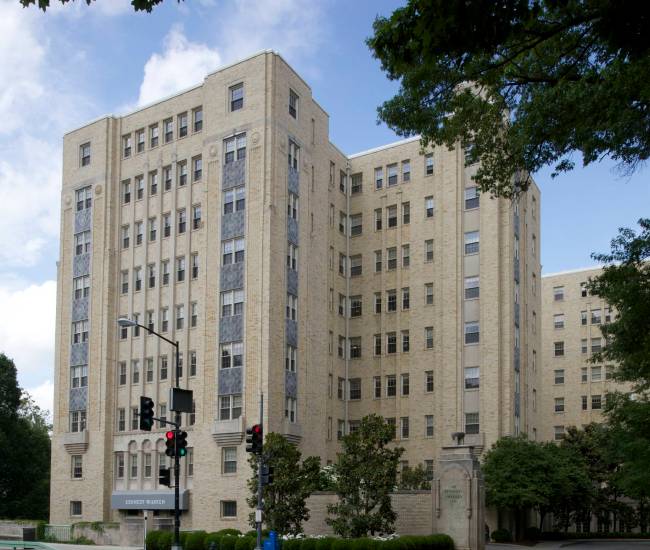 The first photograph shows the entire complex, and subsequent views move north along the facade, ending with the side on the north, adjacent to Rock Creek Park.